Are you a fan of classic shooting arcade games and looking for a nice one for your Android phone, so you can play it and enjoy the old taste? Space Shooter Evolution is for you! This is one of the best space shooter games with the classic arcade and modern combat style, that is all you need! The game is free to download and play. So, why not give it a shot?

When it comes to space shooter arcade games, this game should come first. The game is carefully developed Game Players Studios to provide the most authentic arcade shooting expreience. While you play, you’ll be amazed realizing actually how arcade shooters are meant to be and should be played while you play!

In the begining, there are playable characters and two unlocked spacecraft start with and as you progress, there are more you can unlock. On the way through in space, you have to collect crystals. Using those crystals you ca buy powerful weapons and power-ups to upgrade your spacecraft. It’s more interesting and unique because the levels are randomly designed for each and every player based on the difficulty level that the player is currently playing. Moreover, each and every section is represented differently based on the player’s difficulty choice. In the end, there is the endgame and to reach there you have to finish all teh difficuty levels. However, there is another way to shorten your journey to the endgame by skipping sections and boss battles with the rank-up system. 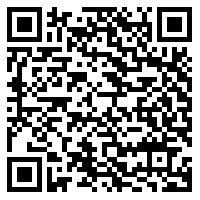