If you are a crazy game lover and looking for a space shuttle flight simulator or 3D rocket landing game, I have got a nice Rocket landing simulator game for you in this post. With smooth gameplay, amazing environments, and other cool features this is the game that you would love to play whenever you have got time.

So let’s have a look into a few more details about this rocket lander game.

This is the latest space shuttle landing game exclusively available for Android — a pure rocket lander rocket survival game where you need to ensure the safe landing of your space shuttle. If you are familiar with landing games such as a lunar landing simulator, then you should have got the idea.

In the game, you will have a rocket about to land on the landing pad, and you need to ensure the safe landing by controlling it as well. You’d have to control its fuel consumption and floating pattern to land the rocket perfectly without crushing. It is pretty similar to the launch simulator where you have to control the speed and direct its way. But in this space shuttle simulator, you’d need to help it land instead of initiating a space flight. There is one button to control the fuel consumption and two buttons to direct the rocket left and right. It’s a fairly easy controlling system so that you can concentrate on the actual challenge, which helps the rocket to land safely.

The Cool Features of this Rocket lander game

This 3D rocket game comes with a number of great features that will make any rocket launcher or rocket lander games fan happy. What follows is some of those key features. Take a look below before you enjoy the actual game.

The controlling is pretty easy and you don’t need to be an expert in rocket science to play this game, however, that doesn’t mean this space shuttle flight simulator is not challenging. You’d have to constantly keep an eye on the fuel consumption and speed, as well as the direction change to make the rocket land safely. This is one of those space ship landing games, that provides you with fun, exciting, and challenging gameplay with easy control.

The 3D animation of the game is really so close to reality and it will delight you big time. The colors and objects are vivid and detailed and it will make the gaming experience even more delightful. The sound effects are also very realistic and it will give you a feel of a real rocket landing. The sound of fuel burning, the rocket engine, and the blast will make you feel like controlling a real space ship. So, if you were looking for 3D rocket games that have great animation and sound, you should try this one.

It also features some really interesting viewing angles for the gamer so you can see the rocket from the top view and multiple side views.

You will find some amazing realistic rockets trying to land on some stunning locations like the ocean, desert, and oasis. 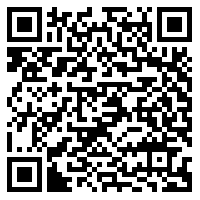 So what are you waiting for? Download this game when you love to play rocket lunch games, or spaceflight simulator games, or rocket survival games, or landing games. Win rewards and buy new cool rockets to have more fun as you move forward with this crazy and exciting rocket lander game.