Do you like simulation games, especially flying simulations? Love to play when you need some fun? If yes, then this Pigeon Simulator bird game could be a nice one that can entertain for hours with lots of fun! If you like bird games, then it’s great for you too, even for anyone who likes to have some fun quickly!

So, let’s have a look before we start …

If you want a beautifully designed flying bird simulator game, this game will come along for sure! The 3D graphics of the times of WWII are so cool and eye-catching, hook you in the game. background sounds are nice too. Once you start playing, it seems to you that you are in the middle of the war, and the only way you have the pigeons to deliver the important messages.

The objective of the game is to guide the pigeon in the right direction (through circular marks) to the destination for delivering and collecting messages within a fixed time. Once you reach the destination, you’ll be able to play the next level, where each level will surprise you with new maps! There are three main levels and each level contains some mini levels. By delivering and collecting messages you’ll earn stars – 1star for short distances, 2stars for medium distances, 3stars for long distances.

It may look easy to deliver the message guiding your pigeon but if you haven’t played such games earlier, you’ll find some difficulties in the starting which will be vanished after trying a few times. Also, there will be many obstacles on your way that you have to avoid to reach the destination in time. This means it’s pretty challenging too.

If you have already played flying simulator games, you obviously know about controlling. There are three control buttons on the screen. The left one is the joy-stick, by which you can guide your pigeon in the right direction. The other two buttons are on the right side, the upper one is for slowing down while the pigeon is flying, and the lower one is for flapping to take the pigeon to the sky. 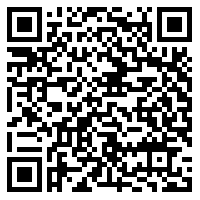 Overall, Pigeon Simulator is really a simple, nice, and very interesting game for Android with a twist of challenge that you’ll love to play for sure. So if you like fun, entertainment, and pretty challenges at the same time, download the Pigeon Simulator bird game right now and enjoy!