Neon Hook – an Arcade Like Pixel Art Game for Android

If you love playing arcade or pixel games on your Android device and looking for cool one playing what you can enjoy your time a lot? Then, I can help you with that, here I’m going to share a new game that you can consider to try. The game name is Neon Hook — an arcade based pixel art game. The only question is how far can you ascend playing this game? Can you beat the odds?

Now, let’s have look at this Android game Neon Hook before downloading.

The game Neon Hook is a procedurally-generated, arcade-based pixel art game developed by Arytomi Studios Inc. In the gameplay. the aim is to endlessly ascend to the skies to escape a black hole swallowing the city beneath. Try harder and smarter, throw your grapple hook from building to building,  one obstacle to another to escape the disaster zone in order to stay alive!

Play as Rika, in an outrun — cyberpunk inspired the world and swing through the sky to Synthwave tunes. Try to collect anti-matter particles as much as possible to unlock a larger roster of playable runners. There are different grapples, ropes, and tiers of power-ups are available, use them wisely 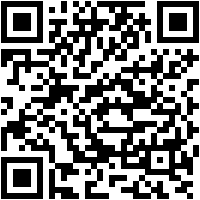