Every man loves action and when the action comes from any game it is more exciting then. A portable device like Android phone is always better to play an action game for fun and entertainment than computer or laptop.

Anyway, if you’re looking for a great action game, you are in right place now on this post. I have played many games on my android phone and finally I got an awesome action game, where you can fight against the evil for the glory to save the humanity from deadly Z-virus. The game is named Guns’n’Glory Zombies.

So, guys let me introduce you with the super action game Guns’n’Glory Zombies for android.

Guns’n’Glory Zombies is free for Android and especially for those users who like to play with evil for the glory. This is the great game where four hot and fiery girls will fight against the hordes of undead who are rising from graves. Just load your furious weapons and start killing the alive evil and send them back into the hell. Remember you are the last hope of the humanity against the deadly Z-Virus to survive. Guns’n’Glory Zombies include different types of heavy arms to kill the evil who are walking on the earth. It’s totally an action packed game and certainly the best one I have played ever.

So, here the hot and awesome features below of Guns’n’Glory Zombies for android.

Arms and Explosives: Use different types of heavy weapons like dangerous chainsaw, flamethrower etc. to survive yourself and kill the alive and dead evil.  Even some hyper explosives are also available in the game.

Defense to Survive: Kill the alive evil fighting with the plague to protect the last survivors counting every bullet. Play as a team of four fiery girls and fight to survive the world as well as yourself from the deadly Z-Virus against the undead and dead-evils.

Hot Chili Power-Up: Use hot chili power up to heat the battles as well as use your favorite lethal weapons to totally finish the evil.

Zombies: Boost up the game action using the zombies, which are called Hungry zombies, Fat zombies and Dumb zombies.

Battles Grounds: Enjoy the game playing at sea beach, in forest and on street with highly developed graphics.

Fight for Glory: Feel the thirst intense of the glory against the hordes of undead and deadly Z-Virus. Then start your fighting using the grisly weapons to survive the whole humanity. 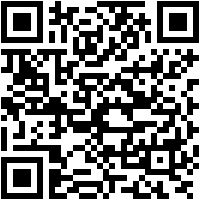 Overall, Guns’n’Glory Zombies is the most downloaded game of its category and if you really love action, just download and start your fight against the worst alive and dead evils to protect the humanity from the deadly Z-virus.

Surely you get a lot of excitement playing Guns’n’Glory Zombies for Android and don’t forget to share your experience of playing the game with me and your friends.