Most of the people who own an Android device, play games as their interest where the adventurous game is common. I think, you also love and enjoy to play the adventurous game. And, for them like you, here I’ve got an amazing game that you’ll love for sure! The game is Free Byrd.

Free Byrd is a premium game with a very little price, only $0.99. Which means once you purchase the game, there will be no annoying ad in the future when you’ll play. There is not much to say about this game because it’s so simple, easy to play and not filled with a lot of options or features. The story behind the game is that free the bird, don’t let it sing with grief, open the door of the cage, let it fly, let it go to its’ own destination.

In the game, the first thing you’ve to do tap the start button to let fly the bird. After that just help the bird as much as you can to fly further and further through pipes without getting hit or crushed. To keep the flying stable, I mean, to let the bird go up tap on the screen but to let it go down you don’t have to do anything. It goes down naturally for gravity. There is nothing else, no more extra options or to-dos. However, I think something else would be added at the next update. But it’s still cool now, more will make it cooler obviously! Waiting for that! 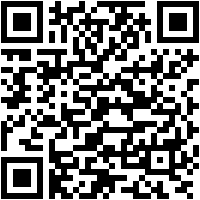 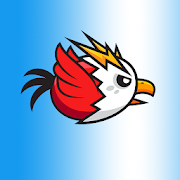 So, just purchase and install the Free Byrd adventure game on your Android and start playing. Let the bird fly and try your best to help the bird to reach its’ own home!