Creating funny and cool audio clips on Smartphones using your voice is so amazing. Everybody loves it! It’s a source for having lots of fun. Just choose any of the effective voice changer apps with audio effects, install that in your phone, record your voice, apply different effects, and create a cool sound clip. As an example, you can record singing a few lines of a song and apply the effects and create a completely new sound clip. You can also share the new sound clip with your friends via different apps directly just after creating the clip because most of the popular voice changer apps have this feature in-built.

So, if the idea sounds good to you and interested in doing something funny, here below are the 5 best voice changer apps with effects. Using any of them you’ll be able to create HD-quality funny and cool audio clips in a minute. Now let’s have look below on the list to choose one …

Free, and the funniest voice changer app with effects offered by OnePixel Studio, available for both Android and IOS. It’s simple yet effective, allows users to create funny high-quality sound clips in MP3 and WAV format applying different cool effects with your voice or any uploaded sound from your phone. The futuristic design with a nice dark theme and easy to use navigation system let users use it smoothly without any difficulties.

This crazy voice changer app includes more than 25 amazing audio effects: robot, u helium, drunk, underwater, telephone, alien, zombie, chipmunk, death, cave, and many more! You need to record voice to add effects, or input texts to get speech and then add effects without. You can create your custom audio clips as long as you want. Right after creation, it also allows sharing the clip with others via different apps e.g. Gmail, WhatsApp, Bluetooth, messenger, and much more. Setting the sounds as ringtones for incoming calls, notifications, or alarms could also be a great idea! Apparently, the best voice changer app with cool audio effects. 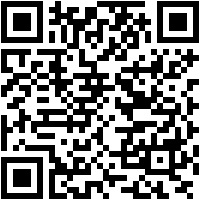 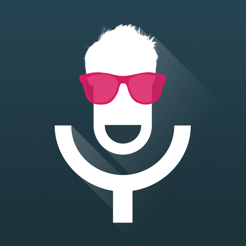 Super Voice Editor is another fantastic voice changer application that includes an audio tuner, audio editor and mp3 cutter as extra along with the voice changer with effects. It allows recording any voice or uploads any audio from your phone to change the voice into plenty of awesome characters. As an example: you can change the voice from male to female, superhero, to a child, Alien, and so on. Moreover, using the mp3 cutter you can cut the best part of the recording for further uses. 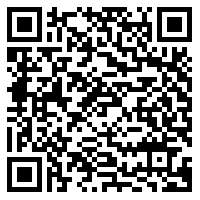 Our third pick is AndroidRock voice changer that you can try for changing your voice by applying effects on the audios. This app is also simple, easy to use, and smart, can generate fantastic and funny sound mixing different audio effects. Just record your voice or open any existing audio, apply the effects, play and listen, edit and cut the best part, save and share with your friends via Bluetooth, and other social network apps.

Baviux voice changer is very well-known when it comes to a voice changer app with effects for creating cool sounds with different audio effects. It works in the same way as most of the voice changer app, allows you to change your voice using different sound effects and have fun listening to the modified voice! There are a bunch of cool sound effects to use, some of them are Helium, giant, robot, monster, extraterrestrial, zombie, and alien! You can save the modified sound, set as ringtones, or share on Facebook and other social media. 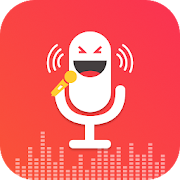 So try the above voice changer apps for Android, change your voice into funny & cool audio using the effects, and have lots of fun. Enjoy!