Today playing a game on Android Smartphone or Tablet is the easiest way to get entertain at our lazier time. But, this way will be more effective when you will be able to play the best games on your Android device. As an Android user, I also love playing games on my Android to pass my free time by making a lot of fun. However, there are a lot of games out there different category. So, if you like action in playing on your Android device, then you should try to find some the best action games for Android.

Don’t be tensed about searching, because here I’m going to share with you the list of Top 12 Best Action Games for Android of 2018.

Shadow Fight 2 is a nail-biting mix of RPG and classical Fighting game. But in my opinion, this is probably the best action game for Android. It lets you equip your character with countless lethal weapons and rare armor sets with dozens of lifelike-animated Martial Arts techniques! So, you can silently crush your enemies and humiliate demon bosses to be the one to close the Gate of Shadows. You can do whatever it takes kick, punch, jump, and slash your way to victory.

There are six different worlds full of menacing demons are awaiting in this action-packed and adrenaline-fueled combat RPG with an immersive story-line. So, customize yourself as a fighter with epic swords, magical powers, nunchaku, armor suits, and more. Now, let’s begin the battle with this best free action game on your Android.

Read also: How to Record Gaming Video on Android without Rooting

If you’re thinking about the action scene where you’re shooting the bad guys with a devastating Sniper Rifle, Shotgun, Assault Rifle, and Pistol. Then, Sniper 3D Assassin is probably one of the best action games for Android that you can consider. Just download and start the killing bad people. As well as, fight the global war on crime and become the Ultimate Shooter.

With Ultra Realistic 3D and cool animated game-play, it’s very easy to play and control. It also offers hundreds of thrilling missions, Tons of lethal guns and mortal weapons. It lets you see some bloody headshot in slow motion that’s really awesome. So, play this great shooting game on your Android for free and feel the action that you’re dreaming.

Dead Trigger 2 is one of the best free action games for Android. It allows you to enter the dark world where humanity is engaged in the ultimate battle for survival in the face of a global Zombie apocalypse. This game will give you the ultimate action experience with advanced cutting-edge graphics including real-time water reflections, dynamic vegetation, and enhanced rag-dolls.

It lets you travel across 10 regions in different parts of the world to travel. Where you can explore 33 unique environments and use 37 kinds of weapons. So, choose your favorite Zombie annihilator to take your part in saving the world. As well as, it also lets you win unbelievable real prizes in specially designed tournaments.

However it’s not today, but nearly in the future maybe it’s possible to see a battle between robots. If you’re thinking about that, you can get an experience right now playing a game on your Android. The game is War Robots, an excellent online multiplayer action game for Android where you can fight with 6 vs. 6 team battles in real-time!

So, it’s the time of war, make ready yourself with more than 20 weapons, including ballistic missiles, plasma guns, and energy. Choose your own war robot from 21 battle robots with different strength and create your own clan. It also allows you to create a war machine to fit your own play style. In the war destroy enemy robots and capture all the beacons in order to upgrade your weapons. So that, you can increase combat strength, power, speed, and durability of your battle robot. Now, start your war and lead it to the victories with this one of the best action games for Android and get the Sci-Fi gaming experience ever.

N.O.V.A Legacy (20MB) is the most immersive and impressive sci-fi FPS free action game for Android with excellent graphics. It starts with an epic story, four months after Kal Wardin defeated the Volterites, President Gerard Folsom is assassinated and the whole beleaguered colonies surrender to the Volterite Protectorate. Since that time, Kal has been lying low. But, surprisingly a desperate plea from Yelena calls him back to save Earth and humankind.

So, it’s time to regain the humanity to Earth after years of exile! This game lets you fight in 10 immersive levels across the galaxy and from a war-torn Earth to a frozen Volterite city. With multiple weapons and powers get fit yourself, then run, shoot, drive vehicles, and pilot a mech to defeat hordes of enemies. It also offers 6 multiplayer modes and much more. Overall, N.O.V.A. Legacy is a great Android action game and it’s really worth to give it a shot.

Modern Combat 5 is one of the best FPS action games for Android. It comes with flawless graphics, music and voice performances that perfectly adaptable to a shooting game. It gives you an intuitive, highly customizable controls. So, you can play the game just the way you want. Just step onto the battlefield, create your squad and add your friends. Then test your skills in dynamic multiplayer warfare against online rivals from around the world! If you want to work alone, step into the thrilling solo campaign where you can shoot as your wish through one dire situation after another.

It offers 7 customizable classes that you can level up across single and multiplayer. As well as, it also lets you choose a play-style that suits you: Assault, Sniper, Heavy, Recon, Support, Bounty Hunter or Sapper. So, play this great free action game on your Android to save a world from the brink of anarchy and expose a lunatic’s apocalyptic plans.

Pixel Gun 3D is a cool modern block world shooting game for Android. It offers both single player campaign and multiplayer survival arena. This is the pocket edition for mobile devices and you can get both fun and action playing it with awesome HD pixel graphics and dynamic light. It lets you battle with your friends, families, classmates, and colleagues or anyone else around the world. Just create and customize your character using a special skins maker and then show off on the battlefield.

It offers different types of gaming mode including, multiplayer mode, cooperative mode, and survival campaign. It also offers different types of weapons like ranging from Magic Bow, Golden Desert Eagle, Combat M16 Rifle and Light-saber (in multiplayer mode). As well as Colt, MP5, Heavy machine gun, AK47, and many others (in survival campaign). This does not end, like these, it also provides a bunch of features to give you the ultimate funny taste of the action gaming. Overall, it’s worth to try this one of the best action games for Android.

With over 30 million downloads and comparing with other action games, Gunship Battle is one of the best action games for Android. Actually, it’s a helicopter action game that combines high-quality stunning 3D graphics with flight control simulation and engaging military scenarios. It lets you become the ultimate war pilot to engage in combat missions across the world.

It offers a wide range of helicopters and fighter planes including, Viper, Apache, Dragon Ship, Sea Knight, Strike Eagle, and Warthog. Just arm your fighter jet or chopper with a variety of weapons and equipment. Then start your war on the Air to complete missions in Episode mode inspired by real-life conflicts. It always challenges you with the next mission or replays a custom mission. Overall, Gunship Battle is the perfect Android action game for you, if you like to play FPS, shooting, or racing games.

Swamp attack, one of the best well-designed action games for Android with beautiful graphics. In the game, you have to defend your swamp cottage and survive when it’s under attack by zombie critters who know no mercy. Do whatever it takes, shoot with different types of guns, or drag and drop the explosives onto the monster. It even lets you switch between weapons during the action.

Now, with an action-packed multiplayer mode, it also offers more than 300 different single-player levels, 8 episodes and Quick Missions for instant action. As well as, more than 30 awesome defense tools like the reckless mini-gun, the mighty shotgun, and the super atom bomb. So, start to play this Android action game and enjoy a lot of fun.

This is another robotic game on this list of best free action games for Android and probably the best PvP action game available for Smartphone or Tablet. Real Steel World Robot Boxing, the time is now to prove your mettle against the greatest Real Steel WRB fighters on earth. Unleash your fighting style with deadly jabs, punches, uppercuts & special moves to win world championship belts and collect trophies.

It offers 56 ultimate fighting robot titans & legends including fan favorite superstars – Atom, Zeus, Noisy boy & Twin Cities. It also offers different gaming modes including, Career and Multiplayer. Where the new Winner Takes All Mode to become the All-Category Champion. Also offers over ten live events like Sports Day, Terror Nights, Heavy Weight League and in exciting Daily Exhibition matches. There are more you can get, just start your battle playing this great action game on your Android and prove your mettle as the true champion in the world. This is Dear Hunter 2016, comes from the creator of Deer Hunter 2014. One of the best free hunting action games for Android Phones and Tablets. It takes you into the wild world, where you’ve to hunt across the globe for the greatest hunting experience ever. Just develop your skills with a steady hand and lining up your sights to take the perfect shot

It lets you hunt animals so real they nearly jump off the screen in the unique and beautiful locations that span the globe from Alaska to Zimbabwe. Build your ultimate arsenal collecting and customizing your firearms with scopes, barrels, magazines, and stocks as you perfect your weapons for each hunt. Overall, this is the perfect Android action game for you, if you like to be wild for hunting animals using deadly firearms.

This is the last on this list of best free action games for Android and it’s about the age of piracy into the heart of the Caribbean. The time of black flags and white skulls, blue waves and golden opportunities. What you need, hoist the Jolly Roger and grab the steering wheel to sail through an unlimited number of sea battles, ransoms, and treasures to become the Crimson King of the Antilles!

It offers 20 captain characters, 20 classes of ships with unlimited fleet size, as well as multiple ships control during the fights. It also offers special weapons like explosive barrels, battering rams, burning oil, pre-boarding attacks. You can use 5 types of ammo on your weapon including cannon balls, grapeshots bombs, and chain balls. With also realistic sailing model, distances & time passage, hundreds of islands & dozens of ports, day/night cycle gameplay it’s really worth to try as an action game right on your Android. 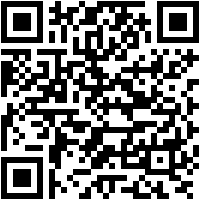 So, try these best action games on your Android for free.  As well as, comment to let us know which game you love most on this list or the other one that you think as the best action game for Android. We’re all here together.