Check Today's Best Smartphone Deals on Amazon
You are here: Home / Games / 8 Best Challenging Strategy Games for Android
Share on FacebookShare on TwitterShare on PinterestShare on LinkedInShare on PocketShare on WhatsApp

There are different types of games we play like racing games, puzzle games, action games, etc. But, the strategy is one of the oldest game types in history, with chess being the most notable examples, strategy games have come a long way since the days of moving small figures across a board. However, with advances in technology allowing us to carry around a mini PC in our pocket, strategy games have seen even more play than ever before.

Following the success of Titanfall 2 on both PC and consoles comes a new mobile RTS game that pits players against one another in a series of fast-paced and intense PvP battles. Where you need to collect and upgrade dozens of cards to assist your army of specialized Titans and Pilots and as you fight for control over the Frontier.

Play solo or join a guild as you battle your way up the leaderboards to claim the spoils of war to strengthen your army even further. Also, Play on a range of battlefields, adapt your strategy and take out all enemies to assure the ultimate victory. As well as, evolve new and more contagious diseases and kill the world with this compelling take on the RTS genre. Compete on the leaderboards and show your dominance over humanity in a game that pits you against the world: only the strongest can survive.

Wave Light Games’ much anticipated isometric RPG RTS game Strike Team Hydra puts players at the head of a squad of elite soldiers from the far future.  Where you can command each warrior as you battle your way through combat missions against a mysterious alien race. Featuring turn-based combat that tasks players with using a cover, suppressive fire, and advanced weapons to take control and defeat your enemies. 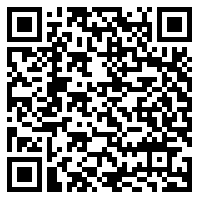 Do not let the colorful graphics and adorable player models fool you – Tactile Wars features some of the most fast-paced and entertaining strategies available to mobile enthusiasts similar to Nintendo’s Splatoon. The objective of Tactile Wars is to cover the battlefield with your own colorful blasts of paint. So, you can conquer enemy territories and attempt to keep control over your own as you build an army of upgradable infantry, mines, tanks, turrets, mercenaries, and more.

Build a base camp, hire legendary mercenaries with special abilities, and lead the front-line assault against your enemies to prove your dominance. As well as, Unlock new technology with which you can improve your strike force. Test your strategy and develop the ultimate war plan as you attempt to climb the world rankings and prove your global dominance.

This wouldn’t be an accurate list of best strategy games without poker making an appearance. And, when it comes to authentic, entertaining, and lucrative play, the World Series of Poker – Texas Hold’em Poker mobile app from Playtika ticks all the boxes. Building on an already massive poker base online, join millions of players in the World Series of Poker. As you compete in exclusive events, earn rewards, and hone your poker skills with some of the most extensive stats tracking of any game. 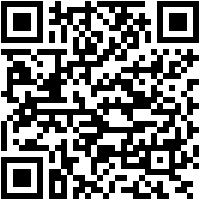 As well as, upgrade your own deck of cards which include troops, spells, and defenses with which to do battle with. Knock the enemy King and Princesses from their towers to defeat your opponents and win Trophies, Crowns, and glory in the battle community. Also, build and upgrade your card collection progress through multiple arenas. Proves you are the ultimate Clash Royale master.

Another mobile game with its roots in a PC and console series. Call of Duty®: Mobile takes Activision’s multi-million-dollar franchise to mobile with an all-new Call of Duty experience. Take command of a fully upgradable outpost and defend your base against all attackers as you prepare to launch your fully customizable strike force.

These are the best challenging strategy games for Android which are trending. So, play and keep your mind clear, feel free from stress, live life with joy forever.
Anyway, if you have anything to say or ask, just type and hit the post comment button. Like always, I will do my best.