If you are worried about your privacy while surfing the Internet on your Android, or if you want to access those websites or applications that are blocked or banned by the government. Then, it could be the right decision to use a VPN service on your Android. This way, you can get rid of the fear of getting lost your privacy, and website or application block. That’s why I’m here to share a free unlimited VPN app with you. The app is V12 Turbo VPN.

V12 Turbo VPN is one of the easiest solutions to protect your privacy when web surfing on your Android device. It mainly focuses on what really matters: ease of use, reliability, and state-of-the-art encryption methods. Keeping safe of user’s privacy is the main priority for this KeepSolid VPN Unlimited which makes it one of the best free VPN services for Android.

This unlimited VPN service creates an encrypted tunnel between your Android device and its servers. So, it can protect your personal data against hackers when using public WiFi hotspots anywhere. Through the encryption, it hides your real location, making it appear as if you are accessing the internet from another country. 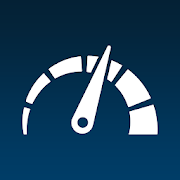 Features at a glance

And, here below some of the main benefits, I’ve listed of using V12 Unlimited VPN that you would like.

So, download V12 Turbo VPN on your Android and enjoy anonymous browsing anywhere on the internet without any fear of losing your privacy. And, let us know your thought about this app on its app page on Google Play or in the comment box here below.